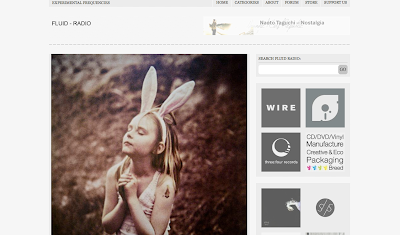 A sense of place. And a sense of time, passing. These are the aims of much of the music we might describe as operating on experimental frequencies. Whether conjured through field recordings, the description of resonating spaces – both real and imaginary, both acoustic and electronic, or the associations of particular instruments, these recordings aim for a world beyond simply ‘the studio’ and ‘the stage’.
With this expanded world at their fingertips, composers look beyond the everyday to the imagined, the idealized and the nostalgic. Thinking beyond such simplified areas as the ‘soundtrack to an imaginary film’, works emerge that are drawn from memory and dreams as much as documentary invocations of place.
El libro de los árboles mágicos is composer Federico Durand’s homage to the village in rural Argentina where his mother lives – drawn from “the voice of that reality and also its echo, which is born out of dream and fantasy.” There are field recordings aplenty here, the chirruping of birds, the crunch of boots on gravel, or maybe snow, the rush of a summer downpour, but from the overlapping chords of Crisantemo onwards, this is no simple snapshot of a place at one moment in time.
Instead, there is a gentle progression from the day to day idyll of the valleys to the heights and solitude of the mountains – suggested by the way the balance of the album shifts from more environmental sounds to more in depth, electronic processes – a move from a photo album to a dream perhaps?
As such, the album presents itself as a journey – and yes, a gentle sense of time passing – summer to late autumn. The extended washes of sound, hints of delayed piano, and expertly placed environment sounds combine to a serene, almost stately whole. Highlights? The way the undulating electronics and backwards attacks of La edad dels bosque overlap with the high-summer sounds of crickets. The almost fanfare like quality of the final track, with its touches of looped zither or harp like tones.– Recommended!

Thank you very much John Bournell and Fluid Radio!